We are celebrating Sri Krisna Janmastami on 19th August (Friday) in Krisna Valley!

And Srila Prabhupada's Vyasa-puja ceremony will be held next day on 20st August, 2022 (Saturday).

Come to celebrate Sri Sri Radha-Syamasundara and our founder acarya together! If you are willing to come, please register untill 14th of August!

Our special guests will be:

The festival is free and the cost of the feasts is 3200 HUF / person / day, if you register online. Without registration you can still honor prasadam in the restaurant.

We are receiving guests from abroad too in accordance with the current health and safety regulations issued by the Hungarian Government. 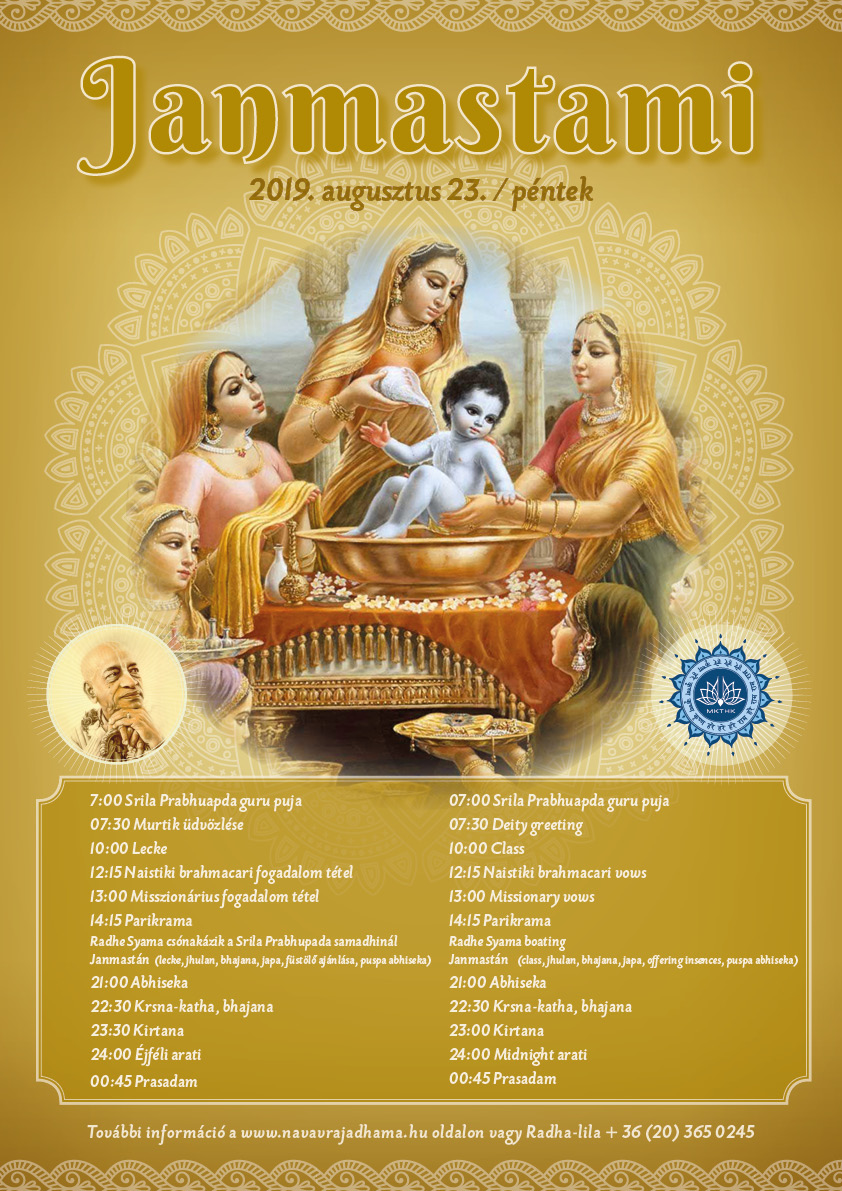 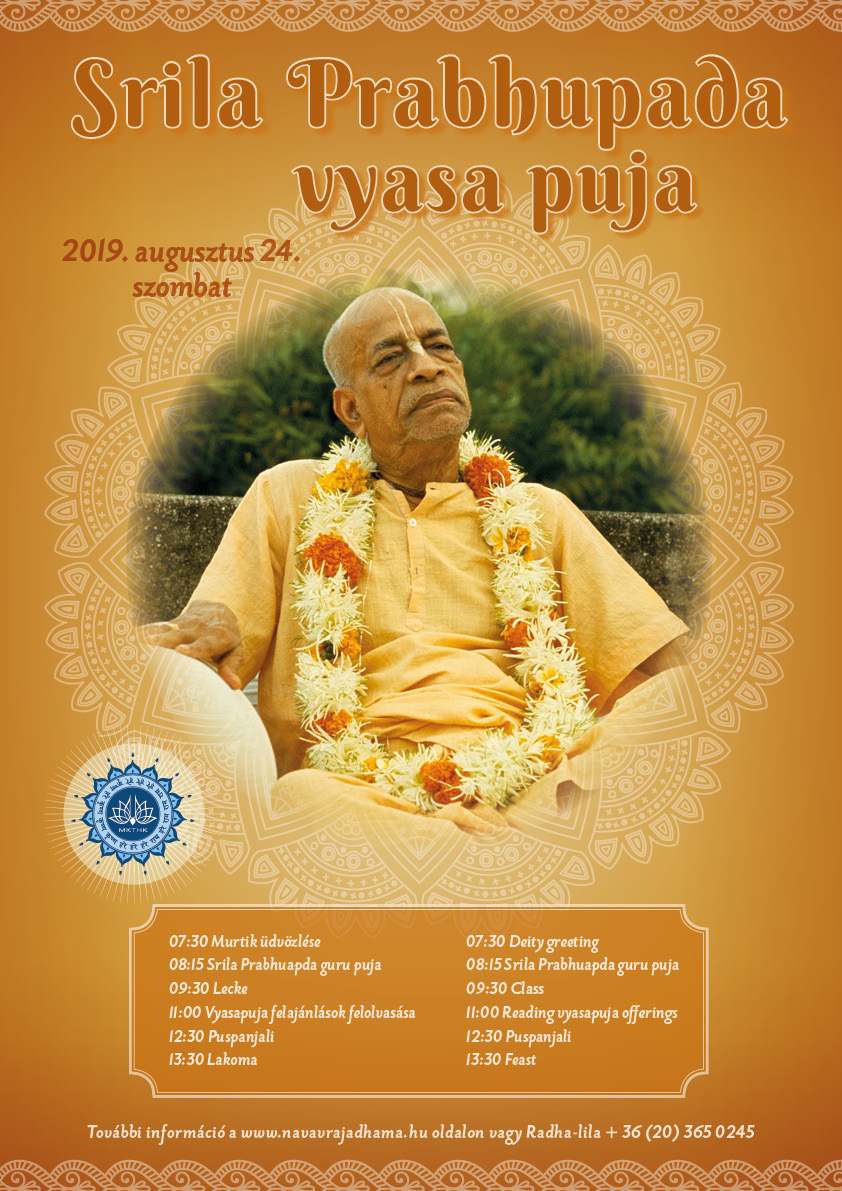 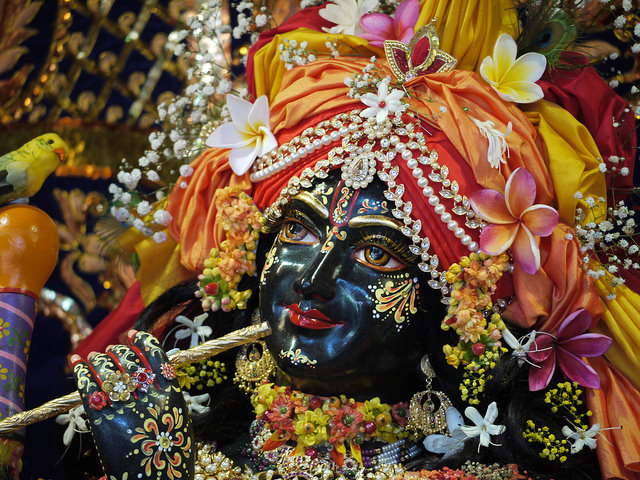 "At the time of Kṛṣṇa’s birth, the planetary systems were automatically adjusted so that everything became auspicious."

"At that time, in all directions—east, west, south, north, everywhere—there was an atmosphere of peace and prosperity. There were auspicious stars visible in the sky, and on the surface in all towns and villages and pasturing grounds and within the minds of everyone there were signs of good fortune. The rivers were flowing full of waters, and lakes were beautifully decorated with lotus flowers. The forests were full with beautiful birds and peacocks. All the birds within the forests began to sing with sweet voices, and the peacocks began to dance along with their consorts. The wind blew very pleasantly, carrying the aroma of different flowers, and the sensation of bodily touch was very pleasing. At home, the brāhmaṇas, who were accustomed to offering sacrifices in the fire, found their homes very pleasant for offerings. Due to disturbances created by the demoniac kings, the sacrificial fire had been almost stopped in the houses of brāhmaṇas, but now they could find the opportunity to start the fire peacefully. Being forbidden to offer sacrifices, the brāhmaṇas had been very much distressed in mind, intelligence and activities, but just on the point of Kṛṣṇa’s appearance, automatically their minds became full of joy because they could hear transcendental vibrations in the sky proclaiming the appearance of the Supreme Personality of Godhead."

"The denizens of the Gandharva and Kinnara planets began to sing, and the denizens of Siddhaloka and the planets of the Cāraṇas began to offer prayers in the service of the Personality of Godhead. In the heavenly planets, the angels and their wives, along with the Vidyādharas and their wives, began to dance. The great sages and the demigods, being pleased, began to shower flowers. At the seashore there was the sound of mild waves, and above the sea there were clouds in the sky which began to thunder very pleasingly."

"When things were adjusted like this, Lord Viṣṇu, who is residing within the heart of every living entity, appeared in the darkness of night as the Supreme Personality of Godhead before Devakī, who appeared as one of the demigoddesses. The appearance of Lord Viṣṇu at that time could be compared to the rising of the full moon over the eastern horizon. The objection may be raised that since Lord Kṛṣṇa appeared on the eighth day of the waning moon, there could be no rising of the full moon. In answer to this it may be said that Lord Kṛṣṇa appeared in the dynasty which is in the hierarchy of the moon; therefore, although the moon was incomplete on that night, because of the Lord’s appearance in the dynasty wherein the moon is himself the original person, the moon was in an overjoyous condition, so by the grace of Kṛṣṇa he could appear just like a full moon." (Srila Prabhupada's Krishna book: The birth of Lord Krishna) 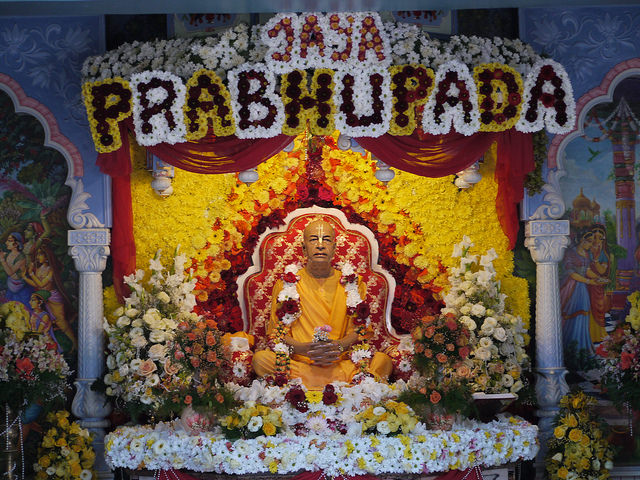 "The lotus feet of our spiritual master are the only way by which we can attain pure devotional service. I bow to his lotus feet with great awe and reverence. By his grace one can cross the ocean of material suffering and obtain the mercy of Krsna."

"My only wish is to have my consciousness purified by the words emanating from his lotus mouth. Attachment to his lotus feet is the perfection that fulfills all desires." (from Narottam das Thakura's Prema-bhakti-candrika)