"The cowherd men inquired from Kṛṣṇa how He wanted the yajña performed, and Kṛṣṇa gave them the following directions. 'Prepare very nice foods of all descriptions from the grain and ghee collected for the yajña. Prepare rice, dāl, then halavā, pakorā, purī and all kinds of milk preparations, such as sweet rice, rabrī, sweetballs, sandeśa, rasagullā and laḍḍu, and invite the learned brāhmaṇas who can chant the Vedic hymns and offer oblations to the fire. The brāhmaṇas should be given all kinds of grain in charity. Then decorate all the cows and feed them well. After performing this, give money in charity to the brāhmaṇas. As far as the lower animals are concerned, such as the dogs, and the lower grades of people, such as the caṇḍālas, or the fifth class of men, who are considered untouchable, they also may be given sumptuous prasādam. After nice grasses have been given to the cows, the sacrifice known as Govardhana-pūjā may immediately begin. This sacrifice will very much satisfy Me.'"

“One who neglects the worship of Govardhana-pūjā, as I am personally conducting it, will not be happy. There are many snakes on Govardhana Hill, and persons neglecting the prescribed duty of Govardhana-pūjā will be bitten by these snakes and killed. In order to assure the good fortune of the cows and themselves, all people of Vṛndāvana near Govardhana must worship the hill, as prescribed by Me.” (Srila Prabhupada's Krishna book - Worshiping Govardhana hill) 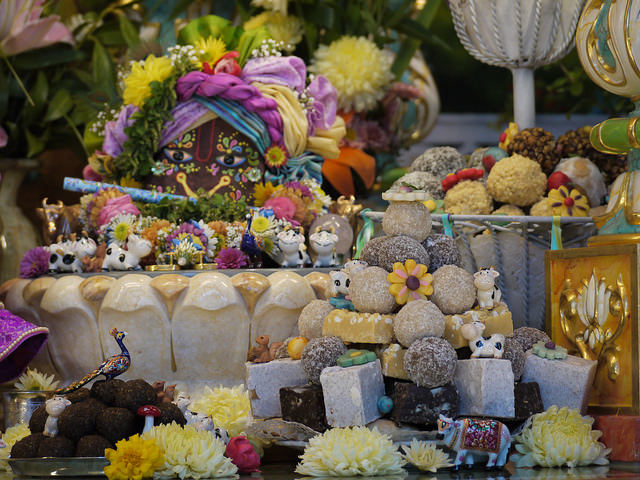 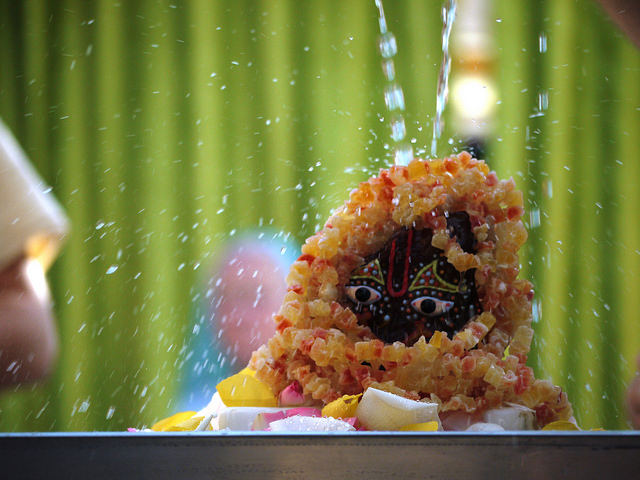