October was a busy month at Krishna Valley. We celebrated five programs at the temple: Ramacandra Vijayotsava, the appearance of Radha-kunda, Govardhana Puja, the disappearance day of Srila Prabhupada and our annual flower festival.

The past few years, for Ramcandra Vijayotsava, we took the Deities of Sita Devi, Lord Ram, Lakshmana and Hanuman outside and shot Ravana with a fiery arrow. However, we noticed that the Deities were fragile, and the cold weather was causing Them difficulty, so this year we changed the program.  We decided to be creative and dress up children from our community as the Lord and His associates instead! It was sweet to see how these young children happily and enthusiastically enacted the Lord’s pastimes.

The appearance of Radha-kunda was mainly a gathering for the devotees living in Krishna Valley. This festival is always magical and the program goes on until late into the night. Each year the festival culminates with everyone offering the Lord small flower lights by sailing them like effulgent boats on the peaceful surface of Radha-kunda’s waters. This enchanting display provides a mystical end for a perfect celebration.

Govardhana Puja was a national festival and many devotees from around Hungary came to participate. This year, the mountain of sweets was offered to Sri Govardana Lal at the actual spot in New Vraja Dhama where the original pastime took place rather than in the temple room as in previous years. A large procession of devotees accompanied the Lord with an ecstatic kirtan to the spot where the Lord took His meal. This offering of bhoga was just one of the many enlivening events of the day. We were especially happy to see that two of the volunteers who stayed with us in April came as guests for the festival. Although their one month stay with us as volunteers was their first real encounter with the movement, it had such an impact on them that they returned to participate in the festival. 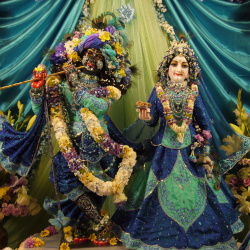 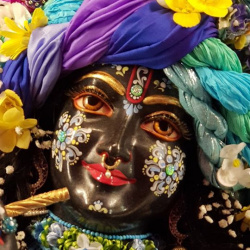 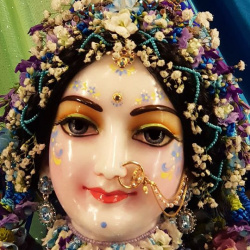 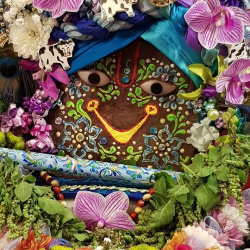 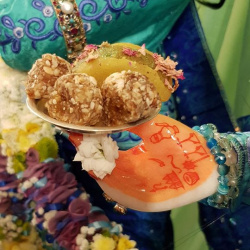 Srila Prabhupada’s disappearance day was commemorated by the Krishna Valley devotees with a moving late-night event that made us realize, once again, how fortunate we are to have Srila Prabhupada in our lives. Although he is no longer physically present, we are all blessed by his mercy. We are so fortunate to be part of his movement and as such be permitted entry into the spiritual world, which is otherwise rarely attained.
The flower festival was well attended.  It was Krishna Valley’s last preaching festival of the year. Although the cold weather is setting in, by the Lord’s mercy, that day was especially warm and pleasant, which encouraged many guests to come.

In October we welcomed five new Nitya-seva donors. We would like to share with you the story of one of them in this newsletter. This couple is a special one since they have been practicing Krishna Consciousness since the beginning of the Hungarian yatra, back in the nineties. At one point they lived in New Vraja Dhama and assisted in the construction Sri Sri Radha-Syamasundara’s temple. In fact, they were one of the few devotees to see Radha-Syama before Their installation. The Deities were not permitted to be seen by anyone but secretly one of the pujaris allowed them to steal a peek.

For many years this couple lived in a small town in Hungary and maintained their distance from the devotees. Two years ago, they started to spend time with the devotees once again. Radha-Syama never forget any of Their devotees and They never let Their devotees forget Them. Even a small peek at Their Lotus feet attracted this couple back into Their association. The mataji was already initiated by Sivarama Swami years ago, however, her husband had never taken initiation. He received diksha on Radhastami of this year. After the initiation, the couple desired to increase their service to the Lord by sponsoring a Nitya-seva day. With this loving gesture their bond to Radha-Syamasundara has now been properly established for eternity.