At the end of January we celebrated the anniversary of the installation of Sri Sri Dayal-Nitai Vijaya-Gauranga at the Budapest Temple. In this issue of the newsletter you can read about the adventurous arrival of Their Lordships. On the day of Rama Viyajotsava the devotees started to use a family home situated on Máriaremetei Street in Budapest, which served as the first Hare Krishna temple for almost the next 15 years. In the beginning the devotees worshipped a picture of Panca-tattva on the altar, but in 1991 they started to contemplate installing Gaura-Nitai Deities, and  began to prepare for the arrival of the first Deities in Hungary along with Their future worship. A pair of beautiful marble Deities in Jaipur were ordered which were planned to be installed on 24th January 1993. While the Deities were being carved, the devotees organized a huge sankirtana marathon to attract the mercy of Gaura-Nitai and welcome Their appearance. A few potential pujaris travelled to England to get trained in Deity-service, where they learned how to cook, sew outfits and make jewellery for Their Lordships.

The long awaited moment drew closer, but unfortunately the devotees were informed that the Deities wouldn’t be ready in time… but everyone was still desiring to install Gaura-Nitai Deities. "If the big marble Deities are not ready in time, then let us install small brass ones!" Srila Sivarama Maharaja asked for the help of one of his disciples from the UK: Nimai Pandita prabhu had just recently purchased brass Gaura-Nitai Deities made for himself to be worshipped in his home. By the request of his spiritual master he offered his newly delivered Deities to the Budapest devotees to be installed in their temple. We would like to say thank you to him on behalf of the whole Hungarian yatra for his personal sacrifice, whereby he took part in creating the history of the Hungarian yatra because of it. Such is the nature of the Vaisnavas:  they don’t think about their own personal welfare, only about the welfare of others. The Deities got Their names at Their installation: Sri Sri Dayal Nitai Vijaya Gauranga – the merciful Nitai and the always victorious Gaura!

By 1994 the carving of the big marble Deities was finished, so They were installed that year – on this occasion They received a beautiful marble altar. We worshipped Them at the Máriaremetei Street temple until 2005 although we bought a new temple building in 2003.  There was a lot of construction work that needed to be done before the Deities could be move there without Their worship being interrupted. Even in 2005 They could only occupy the present prasadam hall, because the renovation of Their temple room and altar only finished in 2006.

These were the pastimes we remembered on 29th January while Gaura-Nitai gave a special darshan to Their devotees. They had abhishek ceremony too, and Their pujaris offered so many delicious preparations for Their pleasure…

January was a successful month Nitya-seva wise too: 3 new devotees joined the group of the Nitya-seva donors – two devotees began to pay the full amount by installments and one family paid the whole Nitya-seva amount who also booked two other dates to sponsor in the near future! Let us remember the lotus feet of the always victorious Gaura, by Whose mercy we can achieve all success in our endeavors to serve Them!  Dear Devotees, please don’t forget: one year has passed already and we only have four more years to find  donors so that the remaining days are covered!

And to make it easier for choosing your Nitya-seva day, from now on we’ll include in every issue of the newsletter,  those dates that are available in the upcoming month. If you would like to choose one of them please write to us: [email protected]

In February the following dates are still available:

third week of February: only the 15th is taken! 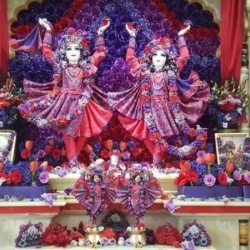 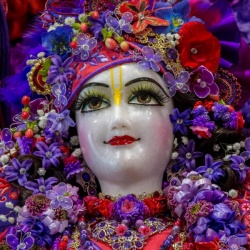 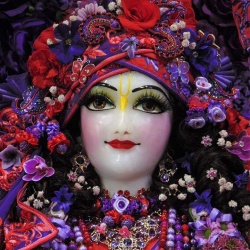