The month of December was spent in the mood of book-distribution in Krishna Valley, even on the altar!  Many of Radha-Syama’s pujaris went out on full time sankirtana, which meant devotees from other departments got the opportunity to do some personal service for Their Lordships.  Govardhana-lal – as the Sankirtana Commander - was on the hotline with the book distributors:  He received text messages all day from devotees asking for blessings or telling Him their experiences about the wonders of sankirtana.  Most days He had his trolley full of books next to His lotus, to inspire the devotees on the street to distribute more and more literature… and Srimati Radharani also held Srila Prabhupada’s Bhagavad-gita or Krishna book many times in Her hand.  The book distributors were eagerly waiting for these darshan photos every morning, as they gave them the strength to face their daily challenges.

Many times people ask the devotees here in Hungary: "Do you Hare Krishnas' celebrate Christmas?”  This question can be answered in many ways, but generally we just reply using the Hungarian term describing Christmas as 'The festival of love' :  From a religious point of view we don’t, but because it is 'The festival of love', then yes we do.  On Christmas eve Radha-Syama were eagerly waiting for the sankirtana devotees to return, so that They could be together with the big family of Their loving bhaktas.  Of course for the devotees of the Lord each day of the year is -The festival of love -, because they try to offer their very best to Their Lordships every single day, and Radha-Syama reciprocates with those efforts millions of times.

In the previous newsletter we gave a short report on the achievements of the Nitya-seva project in 2016.  During the Christmas period we received another full payment, which increased the total amout of the full Nitya-seva payments of 2016 to 15.  Also two other devotees started to pay by installments as well!  So by the mercy of Radha-Syama and the support of the devotees, the Nitya-seva project concluded a succesful year.

We would like to say thank you again to all who enthusiastically participated in the Nitya-seva program during 2016.  For the new year we wish that you all live each day in the mood of 'The festival of love' by serving Radha-Syama and Gaura-Nitai in loving devotion!

We continue to look forward to seeing all of you who live outside Krishna Valley:  Please come as many times as you can to see Radha-Syama and to also offer your personal services to Them.  But in case you can only make it for the festivals…then below you can read the dates of this year, so that you can plan accordingly.  Thank you! 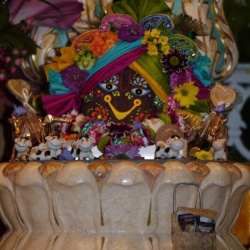 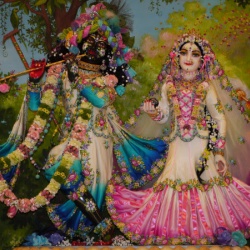